In this article we will try to answer the question of What are the units of measurement in the metric system. Humans have been known for using measurement systems since the 3rd millennium BC. Being able to measure is a unique ability possessed by mankind. It has its own significance behind the development achieved by humans. Buying vegetables, counting money, performing chemical experiments, measuring the distance between two points, etc. All of these need some measuring standard so that the particular task is completed.

In today’s world, we have a few systems of measurement which are used around the world significantly. The most widely used and accepted is the International System of Units (SI) which is the modern form of the Metric system. Another prominent system of measurement is the US Customary system which is still used heavily in the United States. The British Imperial system also was a prominent one but in today’s date, it is mostly replaced by the metric system.

What are the units of measurement in the metric system

The SI system, also called the metric system, is used around the world. There are seven basic units in the SI system: the meter (m), the kilogram (kg), the second (s), the kelvin (K), the ampere (A), the mole (mol), and the candela (cd). The metric system uses units such as meter, liter, and grams to quantify length, volume and weight, as the U.S. customary system uses feet, quarts, and ounces to measure them.

US Customary system vs Metric system

The customary system is extensively used in the United States whereas the Metric system is used largely in all other countries except the US.

The metric system of units is the predominant measuring unit system used in science. Each of these 7 base units are dimensionally independent. They are defined independently. These units have dimensions of length, mass, time, electrical current, temperature, mole number, and luminous strength measurements. Definitions of seven foundation units:

“One mole is the number assigned to a quantity of a substance that contains exactly 6.02214076 x 1023 individual entities.” It is also the numerical value assigned to the Avagadro constant. Its symbol is given by ‘mol’.

“One Ampere is the amount of current generated by passing a charge of 1 Coulomb per second (1 C/s).” Its symbol is given by ‘A’.

“The candela (cd) is the luminous intensity, in the projected direction, of a source that emits monochromatic radiation of frequency 540 × 1012 hertz and that has a radiant intensity in that direction of 1/683 watt per steradian.” Its symbol is given by ‘cd’.

“The kelvin is defined by considering the fixed numerical value of the Boltzmann constant k to be 1.380649×10−23 when expressed in the unit J K−1.” Its symbol is given by ‘K’.

Read more about What unit of measurement is used for mass?

Prefixes used in the Metric System 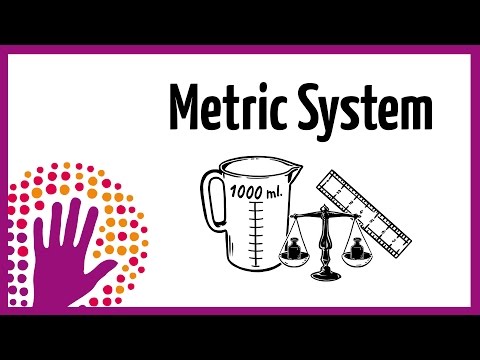